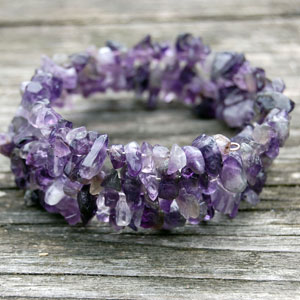 Anyone can feel stressed or anxious at times, whether it’s because of an upcoming job interview or exam or even due to everyday life. This Amethyst Soothing Amulet Spell can help alleviate these feelings and leave you feeling more balanced.

This spell calls for both amethyst and lavender. Individually, each one is known for helping alleviate stress and anxiety. Together, however, they pack an even bigger magickal punch.

This spell should never be used to take the place of advice from a physician, psychiatrist, psychologist or any other healthcare professionals nor to delay the seeking or utilization of such health and medical advice.

Get Over Someone Knot Spell

Are you nervous because of an impending exam, important meeting, employment interview, or presentation? Perhaps it's a…

© GreenWitch, 2013 – 2022. Unauthorized use and/or duplication of this material without express and written permission from this site’s author and/or owner is strictly prohibited. Excerpts and links may be used, provided that full and clear credit is given to Nyx and GreenWitch with appropriate and specific direction to the original content.