Water has a wide variety of magickal applications and as there are different waters, the magickal properties of water may vary. It may be an ingredient in brews and potions and all types of other spells and rituals. It is used for cleansing and consecrating tools as well as in magickal floor washes. It used in pre-ritual cleansing baths as well as magickal baths intended for dispelling, healing, love, protection, and prosperity magick. In addition, some spells may require ocean or river currents to complete them. And lastly, offerings for several deities may be left in both freshwater and saltwater bodies.

Water is a transparent, tasteless, odourless, and nearly colourless chemical substance, which is the main constituent of Earth’s streams, lakes, and oceans, and the fluids of most living organisms. It is vital for all known forms of life…1

From a single dew drop to a vast ocean, water has an important place in magick as it is one of the four magickal elements, as well as an essential ingredient in many spells and rituals. This section pertains to different types of water. Learn more about the Elements, including water. 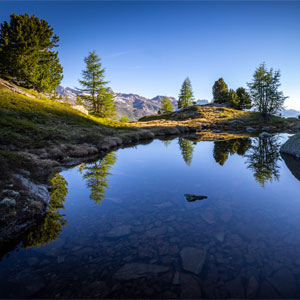 This is water in it’s natural state, as found in nature, with nothing added or removed.

DEW: This is water from the air that has condensed a cool surface such as grass, leaves, etc. Dew is typically collected very early in the morning, before the sun’s heat evaporates back into the air. It should be collected in an area that is free of pesticides, herbicides, fertilizer, road pollution, road salt, etc. Dew is most effective in balancing, birth, calming, conception, fertility, grounding, healing, health, longevity, purification, and soothing magick.

FRESHWATER: This includes water from lakes, rivers, and streams, as well as groundwater such as that from a spring or well. It is effective in all magick.

MINERAL WATER: This is water that comes from a mineral spring. As such, it contains various dissolved mineral compounds such as calcium, magnesium, and/or sulphur. It is more effective in banishing or binding magick than other freshwater.

RAIN WATER: This is water collected in rain barrels or other containers during a rainfall. It is effective in all magick. Rain water collected in early spring has stronger magickal properties than that collected at other times of the year. There may be impurities that found in rain water, however, especially if it is collected in a high-pollution area such as a city. If the water in your spell is for consumption, it would be advisable to use spring water instead.

SPRING WATER: This is freshwater that comes from a subterranean aquifer. It is effective in all magick but is often used in place of tap water because it is not chlorinated.

SALTWATER: This is water that comes from oceans and seas. It is especially potent in cleansing, healing, and protection magick. Freshwater that has sea salt or other salt added to it is Salted Water. 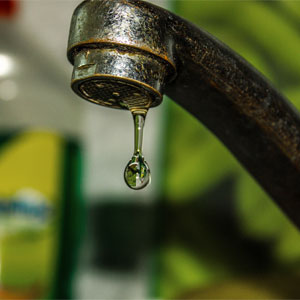 This is freshwater that has been decontaminated of bacteria, viruses, and/or other impurities or solids by a process such as boiling, the addition of chemicals, and/or mechanical filtration.

CHLORINATED WATER: This is freshwater that has been disinfected by the addition of chlorine or chlorine compounds.1 This is a common practice in the municipal water of most first world countries, including Canada, in order to make tap water safe to drink and cook with. It is effective in all magick, unless a spell specifically calls for non-chlorinated water.

DISTILLED WATER: This is freshwater that has been purified by boiling it into steam in one vessel and then condensing it back into liquid in a second vessel. Any impurities in the water remain in the first vessel. The resulting distilled water is purified water that is bacteria and contaminant-free. As such, it is ideal for crafting infused waters and other spellwork that results in a liquid that might need to be kept for up to three weeks. It is effective in all magick.

REVERSE OSMOSIS WATER: Also called RO (pronounced are-oh) water, this is freshwater that has been purified by passing it through several stages of filters and membranes which strips the water of all impurities. RO water can be purchased in bottles but can also be 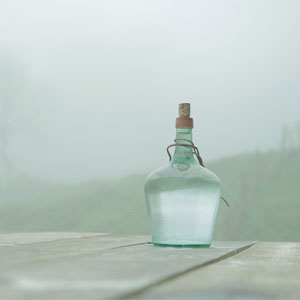 This type of water has been charged with the magickal energies of the moon, the sun, and/or deities. With the exception of Holy Water, you can purchase these waters from metaphysical shops but crafting your own will infuse them with your own magick, making them more effective in your own spellwork.

CONSECRATED WATER: Also called Pagan Holy Water, this is water that has been blessed by and imbued with the energy of Goddess. Consecrated Water is used in healing and protection spells as well as to consecrate your magick tools. Some witches use it to cast circles. Craft your own Consecrated Water.

HOLY WATER: This is typically water that has been blessed by an Anglican or Roman Catholic member of the clergy, usually a priest, imbuing it with the energy of God. It is most commonly attributed to Christian religions, although some other religions may have their own versions. You can usually acquire Holy Water at a Roman Catholic or Anglican church. Holy Water may be used in banishing, binding, dispelling, healing, and protection magick as well as exorcisms.

MOON WATER: Also called Lunar Water or Lunar Slime, this is natural spring water that has been infused with the energy of the full moon. This is most powerful of all waters and one of the most potent ingredients used in magick. It can be used in place of any other water in spells and rituals to markedly increase your results.  Craft your own Moon Water.

SALTED WATER: Not to be confused with natural saltwater, this water is charged with the magickal energies of both the moon and sea salt. It is often used for casting circles, especially when working magick outdoors, or cleansing stones but has other magickal uses as well. Craft your own Salted Water.

SUN WATER: Also called Solar Water, this is spring water that has been infused with the energy of the sun. Although not as powerful as Moon Water, it is used in magick that requires the energy of the sun, for example healing spells to decrease depression. Craft your own Sun Water. 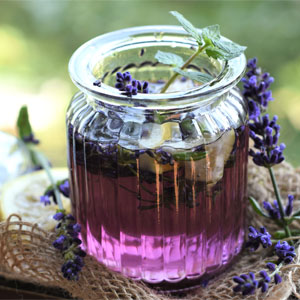 These type of water is freshwater that has been steeped with herbs, flowers, or fruit, becoming imbued with the magickal properties of the plants. You can usually buy these waters ready-to-use at your local metaphysical shop, pharmacy, or health food store but you can easily craft them yourself as well, making them more effective in your own spellwork. They can make up a part of a spell or be used to replace plain water when working magick.

BASIL WATER: This is water that has been infused with the magickal properties of basil. It can be used in abundance, fertility, friendship, home protection, luck and prosperity spells and rituals, as well as on its own to your protect home or anywhere you might be staying such as a hotel room. Craft your own Basil Water.

LAVENDER WATER: This is water that has been infused with the magickal properties of lavender. It is potent in calming, soothing and emotional protection spells. Craft your own Lavender Water.

LEMON WATER: This is water that has been infused with the magickal energies of lemons. This fruit is effective in several magickal applications including banishing, cleansing, clearing; friendship, habit-breaking, habit-making, healing, longevity, mental clarity, negativity, non-sexual desires, and purification as well as moon magick. Craft your own Lemon Water.

PARSLEY WATER: This is water that has been infused with the magickal properties of parsley. It can be used in banishing, clearing, cleansing and dispelling magick as well as facilitating communications with spirits and calming them. Craft your own Parsley Water.

ROSE WATER: This is water that has been infused with the magickal properties of roses. Orange roses are for affection, happiness, harmony and honesty spells. Pink roses are for romantic love, self-love and self-esteem magick as well as spells for children. Purple roses are used in calming, concentration, focus, patience and soothing spells. Red roses are used in grief, passion, passionate love and sexuality magick. White roses are effective in cleansing, healing, heartbreak, protection, purification and spirituality magick. Yellow roses are for friendship, jealousy, platonic love, psychic ability and self-esteem magick. Craft your own Rose Water.

ROSEHIP WATER: This is water that has been infused with the magickal properties of rosehips. This water effectual in career, good fortune, money, prosperity and success magick. Craft your own Rosehip Water. 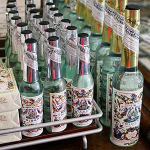 FLORIDA WATER: Despite its name, this is not actually water. Florida Water was introduced in America in 1908 as an eau de cologne by New York city perfumer Robert I. Murray.2 It became a staple in Hoodoo, Santería, Vodoo, and Wicca faiths as well as in other Pagan traditions. You can purchase original-recipe Florida Water from most metaphysical shops or you can brew your own if you have a recipe from a reputable source. Florida Water is especially effective in clearing, cleansing and protection magick.