There aren’t many “dos & don’ts”  in witchcraft, but most witches will agree that magick should not be used to deliberately alter someone else’s free will without their direct knowledge and consent. Doing so is rarely successful and is considered unethical, except in a very narrow range of circumstances.

Most witches, Wiccan or not, follow the Wiccan rule that states “an it harm none, do what ye will.” It stands to reason that affecting someone else’s free will without their implicit consent can be harmful to them, especially if your motives to do so are self-serving. As such, many spells tend to be deliberately vague, rather than directed at anyone in particular . For example, abundance spells, such as The Law of Abundance Spell, are typically intended to attract general abundance in whatever area of life that you need most. As a result, another person’s free will isn’t targeted. 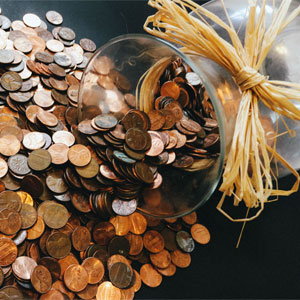 Even when spells are more specific, however, they aren’t ordinarily intended to negatively impact other people. For instance, while a money spell may attract money to you, the intent is not to take it away from another person in a detrimental manner.

So, if a certain person owes you money, a spell cast to encourage them to repay you once they can afford to, such as this Clove Debt Repayment Spell, can be beneficial to you both. First, your money is returned to you; secondly, the person who owed it has fulfilled an obligation they had previously agreed to, lifting a weight from their shoulders. This purpose type of magick isn’t to intentionally harm someone but rather to balance the universal scales.

However, there are times when the lines of magickal ethics are blurred, if not completely crossed, and the desire to attract love is often one of those occasions.

It can be very, very tempting to cast a love spell on one specific person. After all, you’re attracted to them and you want them to be attracted to you in return. Love is a beautiful, positive emotion so casting a love spell on a particular person wouldn’t actually be hurting anyone, right? Wrong. 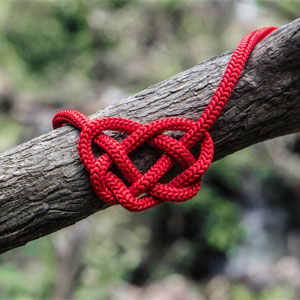 If your love interest already reciprocates your feelings, then a general love attraction spell will help your relationship along. No harm has been caused as a result because you aren’t actually making someone feel or do something they otherwise wouldn’t.

However, if your intended lover doesn’t share your feelings, casting a spell specifically on that person alters their free will and that is what is unquestionably unethical, as well as harmful to that person.

So, in the end, if you’re going to perform a love spell, it should be a spell that attracts the right person for you, whoever it may be, rather than trying to compel one particular individual to love you.

In addition, working magick to affect another person’s free will can also be harmful to you. The universe has a way of balancing the cosmic scales so what you do to others will inevitably come back on you. Perhaps it won’t be right away nor in the same manner, but in the end, with magick. what goes around, comes around. So, if for no other reason, this should be enough to deter anyone from working magick that directly affects the free will of others.

At the end of the day, you probably wouldn’t want your own free will interfered with and as such, you shouldn’t do it to somebody else. 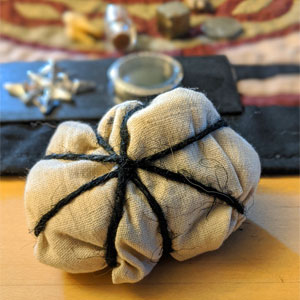 Of course, there are very limited exceptions to the “free will” rule.

If someone is harming themselves and/or harming others, a binding spell may be appropriate if it’s done correctly. Doing so can prevent that person from continuing to cause harm to themselves as well as to other people and their property or belongings.

It can also give the harmful individual the opportunity to resolve their issues or get help for them, either of which would be in everyone’s best interest, including the individual in question.

Otherwise, however, no one has the right to play Goddess or God with someone else’s life and altering another’s free will certainly qualifies as such. So, it follows that magick should rarely – and only in exceptional circumstances – be used to do so.