A year, or solar year, is the period during which the Earth completely orbits the sun. It is approximately 365 days, 5 hours, 48 minutes, and 46 seconds long.

…the course of a year sees the passing of the seasons, marked by changes in weather, the hours of daylight, and, consequently, vegetation and soil fertility. In temperate and subpolar regions around the globe, four seasons are generally recognized: spring, summer, autumn and winter. 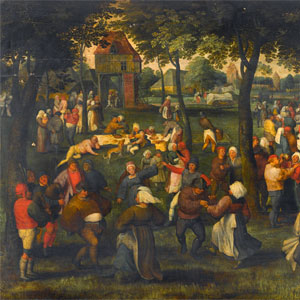 Modern Pagans celebrate this annual cycle and the important changes in nature the seasons bring with festivals called sabbats. The word “sabbat” comes from the French word s’ébattre, which means “frolic” and it most certainly describes what would have taken place during the festivals of bygone times. Today’s sabbats are still celebrations this amazing cycle of life.

In the Canadian provinces, we typically enjoy four distinct seasons – spring, summer, fall, and winter – affording us opportunities to observe and experience the many different changes that take place throughout each one. Sabbats are often celebrated outside, allowing us to better appreciate the gifts from nature that each season brings.

THE WHEEL OF THE YEAR

While modern sabbat observances and festivities are inspired by the festivals of our spiritual ancestors, they are not exact unchanged duplications of their seasonal celebrations. In actuality, little is known about the religious beliefs and rituals of ancient peoples. However, the festivals that have been incorporated by the Church into Christian observances are easier to trace historically. Nonetheless, some of what has been historically evidenced from various pre-Christian cultures and faiths has certainly been integrated into contemporary Pagan sabbats. 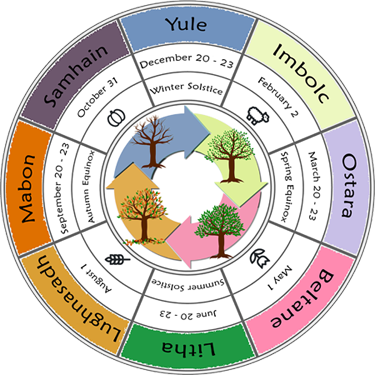 For some witches, the year begins and ends with Samhain; for others, especially many green witches, it begins in the very earliest spring with Imbolc and ends in the deepest winter with Yule. Some Pagan traditions celebrate eight sabbats, four Greater and four Lesser, while others observe only the four Greater Sabbats. Regardless of the lesser designation, the Lesser Sabbats are not inferior to or less important than the Greater Sabbats. 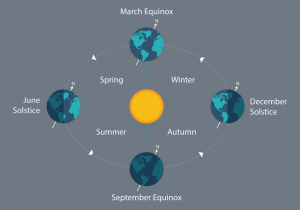 Ostara, Litha, Mabon, and Yule are Paganism’s four Lesser Sabbats. These sabbats are solar festivals which commemorate the sun’s position in the sky. They take place during the solar year’s two solstices and two equinoxes. As such, the dates vary slightly from year to year because they are determined astronomically, rather than being assigned absolute calendar dates. In Canada, the first official day of each season falls on either an equinox or a solstice.

:  Far less commonly, some Pagans observe only two of the Greater Sabbats annually: Beltane, focusing on life; and Samhain, focusing on death, thereby reducing Earth’s annual cycle to these two distinct and opposite aspects. These two sabbats are also known as the Major Sabbats. It is worth noting that both Beltane and Samhain take place during the two times of year when the veil between the Earthly corporeal dimension and the spirit dimension are the thinnest. Therefore, communications between the two dimensions are more likely to be successful and comprehensible for approximately a week before and a week after each of these two sabbats.

Regardless of the sabbats feted, recognizing or honouring any deities and/or nature spirits in your observances and celebrations is a matter of personal beliefs and preference. Some green witches believe that the universe is the divine while others believe in Goddess, God, other deities, and/or nature spirits, instead or in addition.

While observing and celebrating the sabbats is certainly not mandatory, doing so helps green witches connect further with Earth and its natural cycles, as well as with their chosen path, regardless of how many or how few sabbats are observed.

Learn more about how the sabbats are individually celebrated, the magick associated with them, and the rich history behind each of them.

Most of the activities included on the individual sabbat pages are intended or adapted for solitary green witches. However, sabbat traditions observances are highly personal and no two witches enjoy them the same way. As such, you should feel free to adapt any of the activities to be able to share them with family and friends. You could also create your own personalized sabbat rituals and celebrations which have significance to you while also embracing the spirit of the sabbat itself. 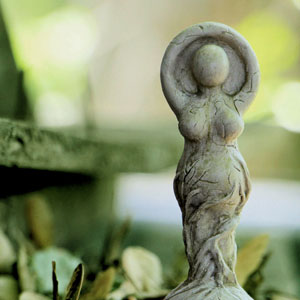 Unless they are specifically associated with a sabbat, deity or nature spirit observances are not being included in the suggested ways of celebration on the individual sabbat pages. Each green witch has their own individual beliefs that may or may not include some or any deities or nature spirits. Therefore, on GreenWitch, the ways to celebrate the sabbats is focused more on your relationship with Earth, its seasonal cycles, nature, and the universe.

That said, though, you should always feel free to include Goddess, God, other deities, and/or nature spirits that form a part of your personal belief belief system into your sabbat celebrations.

Remember, there’s no one right way to commemorate any sabbat so it’s best to embrace traditions that you’ll enjoy repeating year after year.

NOTE: For your convenience, the sabbats for the current year for North America can always be found at the bottom of any page on this site. However, you can also find accurate dates for the equinoxes and the solstices for the current year and 10 surrounding years for your city or the city nearest your location at dateandtime.com.

IMPORTANT: COVID-19 has greatly changed our ability safely interact with others who do not live in our households. Sabbat celebrations, however, can still be meaningful nonetheless. Many of the suggested activities can easily be carried out alone or with household members. Otherwise, you can include other family and friends via phone call, video call, and group chats.